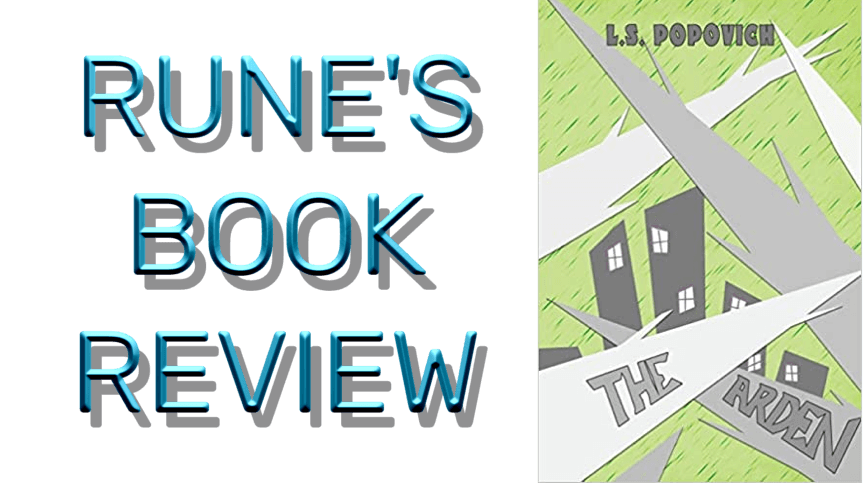 The Arden
by L.S. Popovich

In future San Francisco, Kaneda has been a homeless hacker for years. But his blog following has never been better.

Dodging flying cars and jam sessions with ragtag rockers keep him in shape. By the time they get a new condo he’s almost forgotten the concrete jungle.

One day, while tinkering with the television, a portal appears on the screen. Stepping inside, Kaneda and his two bandmates discover trees as far as the eye can see. Soon enough they’re lost. And a lot more bored than they’d planned. That is, until they begin to hear the whispers.

Before long they bump into post-technological humans in thrall to arboreal Sirens. Staying means freedom from his checkered past. But, unwilling to sell his soul to tree-huggers, Kaneda ventures deep into the forest in search of the fabled technology to trigger a homeward portal.

I feel I can best describe ‘The Arden’ by L. S. Popovich as a jubilant, dynamic libretto.

Never have I read a book written in such a way so that not only the story itself keeps one’s interest, but the diversity in the words used to convey it also inspires awe. Every scene of the two worlds in this novel are presented to the reader as if pieces of art being described not only through words, but more like one might experience ever-changing measures of music.

The story begins set in the near future – a polluted, over-crowded world already succumbed to both a crumbling economy and the ill effects of years of neglect for environmentalism. As the primary characters, three young friends known as Kaneda, Gray, and Gypsy, struggle to find their place in this world, they happen onto an escape from their realities. A portal to a future world where the author explores one possible outcome if nature were allowed to flourish, unhindered by mankind, and in a fantastical way. What I liked most about this story, beyond the always-diverse ways in which it is described, is the author could have easily gone the self-indulgent route and used it as a platform to promote their own views on conservation. Instead, L. S. Popovich presents arguments for both sides of the issue only briefly through the characters’ points of view, and only as a means to allow the characters to both learn and grow, all the while keeping the story’s focus on escorting the reader through a unique, truly imaginative world.

If you are a lover of fiction and fantasy, you’ll not only enjoy the truly creative worlds presented in this story, but also the variety of the ‘lyrics and melodies’ the author uses to deliver them to you.