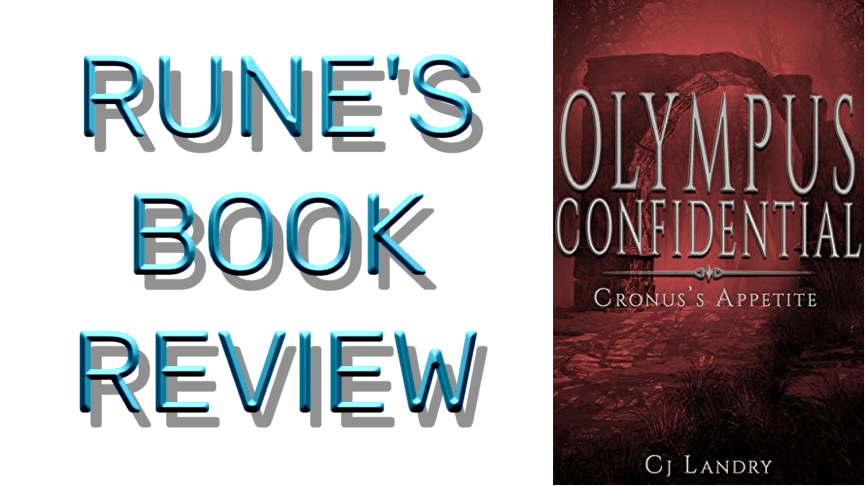 Everyone knows the story of how the Titan Cronus ate his children to prevent the prophecy of his death from coming true. What you don’t know is how Cronus got so paranoid that he thought eating his own children was his only option. Join Hera as she tells the story to her children while tucking them into bed.

What a fantastic, short read!

First of all, I love stories about Greek mythology, so I was already sold there. But, while reading it, I was pleasantly surprised by a couple of things.

This is a unique telling of the backstory behind why Cronus had swallowed his children, and I can guarantee you’ve never heard the story told in this way. It’s not only interesting, but the author vividly portrays both the land and the characters.

Better still, though, and what I enjoyed most, is that this is actually two stories in one. Cronus’s story is revealed as a bedtime story to the gods of Olympus – while those gods are still children. And I have to say, not only have I personally never read about these gods when they were very young, the author depicts them as excruciatingly cute while still allowing their personalities to offer us hints of what they’ll become as adults. This is a delightful contrast to the typical warring Greek gods we often read about.

If you’re needing a nice, short break from reality, and you like stories about either Greek gods or cute kids (or both), do yourself a favor and take a few minutes to read Cronus’s Appetite.

Subscribe to my Newsletter and never miss a Contest, Giveaway, or Promotion.